Sometimes it is necessary to go to federal court to challenge wrongful governmental action. Some examples are appealing a denial of citizenship or denial of a visa petition, seeking relief from unreasonable delays in processing a case, or appealing an order of removal. Most immigration lawyers practice solely before administrative agencies and lack the skill and expertise to pursue remedies in federal court for their clients. Kip Evan Steinberg has earned a national reputation for achieving successful outcomes for clients in federal court litigation against the government in immigration cases.

In several cases, Kip Evan Steinberg has not only won the case, but he has also obtained an order from the federal judge requiring the government to pay all of the client’s attorney’s fees. In these cases, the clients were reimbursed fully for all legal fees and costs incurred in the litigation. See the web link on this website for “Notable Cases” to read these Attorney’s Fees cases.

A person whose application for citizenship is denied after an administrative appeal may seek review of the denial in U.S. district court. Such review is “de novo”, which means that the Court is required to make its own findings of fact and conclusions of law after a hearing on the application.

2. Remedy for Delay in Naturalization Processing

If the government fails to decide a naturalization application within 120 days after the interview, the applicant can request a hearing in federal district court for a hearing on the matter. 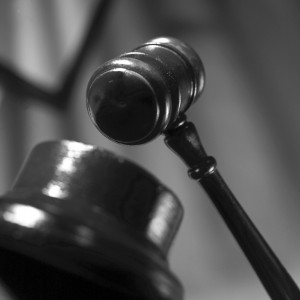 In some cases an applicant for a benefit under the immigration laws can challenge a denial by the government in federal court and ask the court to declare the government action unlawful if it is determined to be arbitrary, capricious, or an abuse of discretion, or otherwise contrary to law. An abuse of discretion may be found it there is no evidence to support the decision or if the decision is based on irrelevant factors or an improper understanding of the law. (For an example, See “The Young China Daily v. Chappell” in “Notable Cases”)

Congress has passed a statute which allows an individual to seek relief in federal court when an application before a government agency has been pending for an unreasonable about of time. In the Northern District of California the federal court generally considers this to be a period of about two years. This statute gives the Court the authority to order the government to process the case immediately if the delay is deemed to be unreasonable. This relief is known as “mandamus”. (For examples, See the following cases in “Notable Cases”: “Shirmohamadali v. Heinauer”, “Aboushaban v. Mueller”, and “Toor v. Still”)

Congress has enacted the Equal Access To Justice Act (“EAJA”) to allow persons to recover attorney’s fees and litigation costs incurred in suing the government. In an EAJA case, the burden is on the government to show that their action both in the litigation and before the agency was “substantially justified.” Kip Evan Steinberg has been very successfully in obtaining attorney’s fees from the government in immigration cases under EAJA. (See Attorney’s Fees Cases in “Notable Cases”)

An order of removal by an immigration judge, after an administrative appeal to the Board of Immigration Appeals, can be appealed to a federal circuit court of appeals. For cases in California, this would be the Ninth Circuit Court of Appeals. The decision of the court of appeals can be reviewed by the U.S. Supreme Court. (For an example, See “INS v. Cardoza-Fonseca” in “Notable Cases”)

As a family-based immigration attorney, I can explain the procedures and requirements that are involved with different forms of family-based immigration. In most cases, my clients are U.S. citizens or permanent residents who seek information and assistance with the best ways to obtain entry or permanent residence in the United States for a relative: parent, spouse, fiancé or fiancée, son or daughter, brother or sister. I can help you understand what to expect and what must be done. The Law Office of Kip Evan Steinberg serves family, individual and business clients nationwide and around the world. My versatility and breadth of experience in U.S. immigration law represents a significant benefit for my clients.

Much of my work for family clients involves achieving legal entry into the United States, maintaining status, adjusting status, changing status and finding the fastest and most effective ways to meet immediate or ongoing immigration objectives. I give you clear explanations of all your options, so that your choice is based on sound advice and clear judgment.

Examples of the kinds of family immigration situations I handle include:

I explain each process carefully, so that you know just what to expect: length of time, priority dates, evidence and documentation requirements, visa bulletins, interview process, and the affidavits of support that must be completed for the non-citizen relative.

You receive straightforward and timely answers to your questions while getting the information you need to make informed choices about your family.

Latest on the Blog